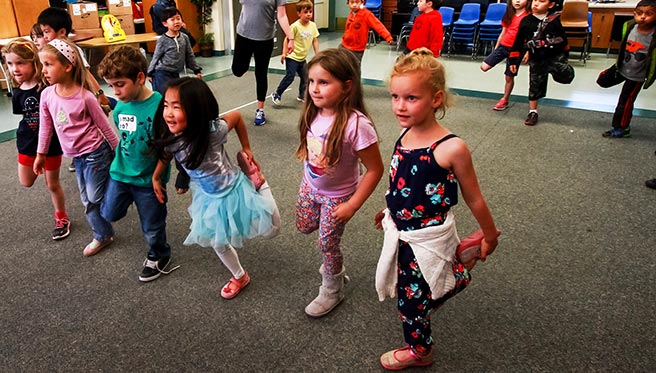 FOPACT serves as the administrator for the Children’s Theatre Dance in Schools program. The Palo Alto Children’s Theatre Dance in Schools program serves K-2 students in all PAUSD Elementary Schools. The gold standard in dance residency programs and specifically designed for elementary school students, this ten-week program encourages children to creatively express themselves through movement. “Give a school daily dance, music, drama, and visual art instruction where there is considerable movement and you might get a miracle.” – Eric Jenson, Author, Association for Supervision and Curriculum Development

FOPACT is bringing internationally recognized artists to the Children’s Theatre in special presentations for audiences of all ages! In Spring of 2015, FOPACT hosted Swiss performing artist Tom Greder in his acclaimed production of ALL ABOARD! And in Fall 2015, FOPACT was proud to host a week-long residency with the award-winning Chicago company Theater Unspeakable. Theater Unspeakable presented their 50-minute production of THE AMERICAN REVOLUTION to more than 2,000 community members in student matinee and public performances! Coming up: A very special new play commission with Palo Alto’s favorite children’s musician Cory Cullinan aka Doctor Noize!

FOPACT provides the Children’s Theatre with both direct financial and in-kind support such as Summer Camp Scholarships and Transportation Grants to underserved individuals and schools, as well as contracting theatre professionals who provide the theatre with services as teaching artists, actors, designers and directors. 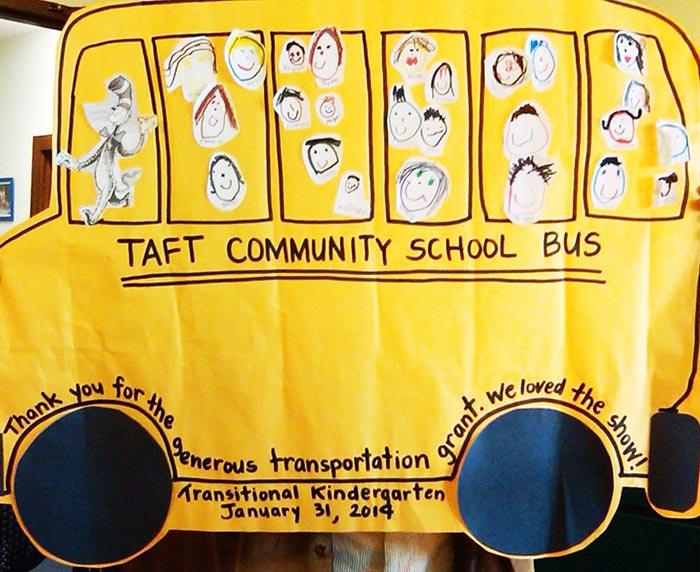 Made possible by a $14,100 gift by Friends of the Palo Alto Children’s Theatre

“The city is delighted to receive this stunning gift from the Friends,” said Kelly Morariu, Assistant to the City Manager, said of the donation. “This is a perfect example of what Friends groups and the city can accomplish by working together to enhance our valued community assets.” It is also a perfect example of how our donations to the Friends of the Palo Alto Children’s Theatre can sustain and transform the Theatre for the benefit of our children and our community. 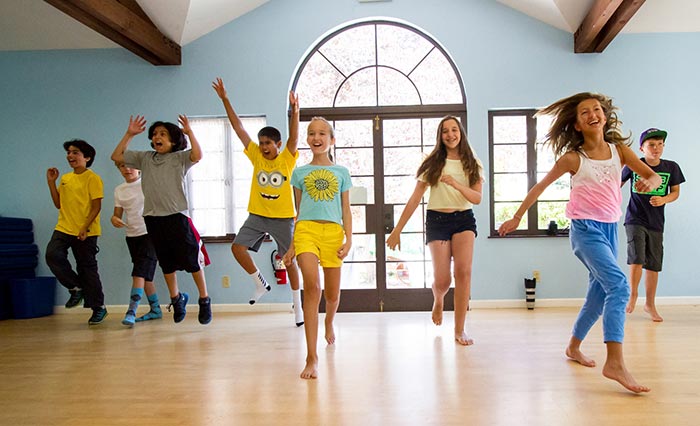 Made possible by grants from the Packard Foundation

The Golden Anniversary Committee developed an ambitious plan to greatly improve the Auditorium including expanding air conditioning to the entire building, re-covering, re-finishing and repairing auditorium seats, cleaning and sealing floors and laying new carpet. The Golden Anniversary Fund also included raising funds for a library and studio and rehearsal areas. The Committee also envisioned a permanent outdoor performance area for summer productions. Thanks to grants from the Packard Foundation obtained by the Friends, the original Children’s Theatre was renovated in 1998. 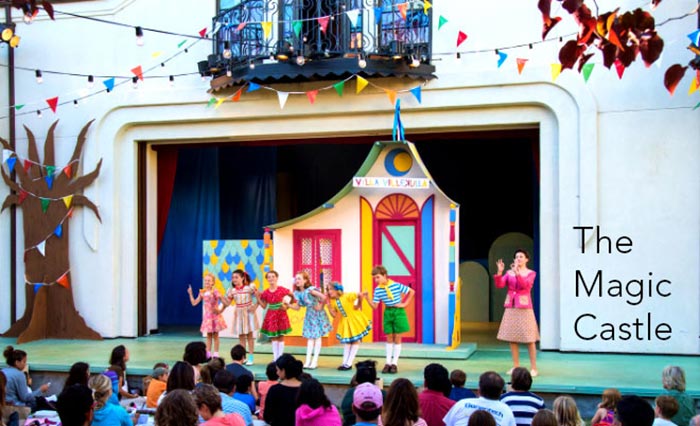 On February 13, 1997, groundbreaking took place for the outdoor performance area, a workshop and a donor patio. Construction proceeded quickly and the completed buildings were dedicated on May 31, 1998. The outdoor performance area is known formally as the Roy A. Ginsberg Memorial Stage in recognition of Dr. Ginsberg’s leadership in this project, and informally as The Magic Castle.

The workshop is known as the Ira Kushlan Workshop in recognition of a participant of the Theatre who died prematurely in a tragic lightning strike.

The interior of the Magic Castle building has also been used as a performance area for more intimate, “in the round” productions, and is also known as the “Black Box Theatre”. A current goal of the Friends and the Theatre is a major renovation of this interior space to more effectively allow classes, rehearsals, and performances.