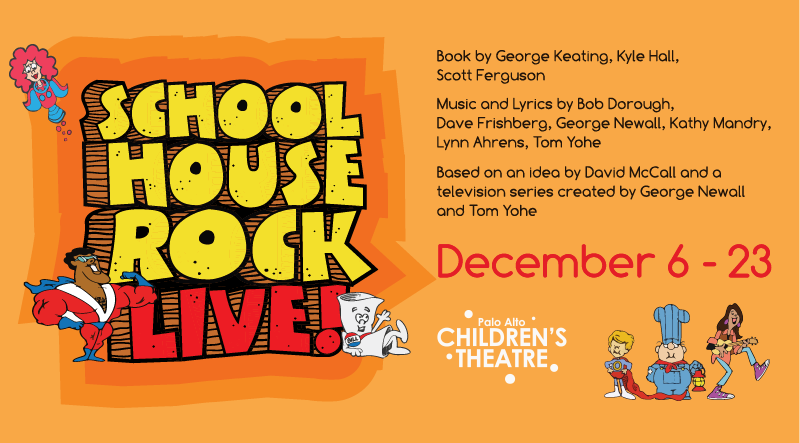 The pop culture phenomenon Schoolhouse Rock comes to the stage! Featuring the classic songs of the Emmy-Award winning series, including Just a Bill, Conjunction Junction, and Lolly Lolly Lolly, this joyful musical is as entertaining as it is educational!